Invisalign has been around for 20 years and has now helped more than 4 million people get beautiful smiles! The number of Invisalign patients grows daily.

What Exactly is Invisalign?

Created as an alternative to braces, Invisalign uses a series of clear aligners that patients swap out every one to two weeks to slowly but surely realign their teeth.

There are several benefits of using Invisalign over traditional metal braces.

Invisalign had an interesting start 20 years ago—it was created by college students and developed in a garage!

In 1997, Stanford University students Zia Chishti (standing) and Kelsey Wirth (seated) founded Invisalign in San Jose, California. Chishti was an orthodontic patient when he came up with the idea of Invisalign.

The two began looking for developers, and they found them on their campus at Stanford. They teamed up with fellow students Apostolos Lerios and Brian Freyburger, and the four officially created Align Technology. Like so many startup success stories, they began developing their product in a garage.

Even after FDA approval, orthodontists were skeptical about such a drastic shift in treatments — especially since none of the founders or partners had any orthodontic expertise. However, consumer demand quickly forced orthodontists to adopt this revolutionary new treatment option.

And it was definitely revolutionary—Invisalign reported annual revenues of $1.1 billion in 2016. That’s a lot of straight teeth!

All orthodontists wanting to treat patients with Invisalign must attend training to become qualified and proficient in the various requirements for treatment. Dr. Brown is a premier Invisalign Provider for adults ands teens.

If you think Invisalign may be the right treatment for straightening your teeth, give us a call and schedule a free consultation with Dr. Brown. 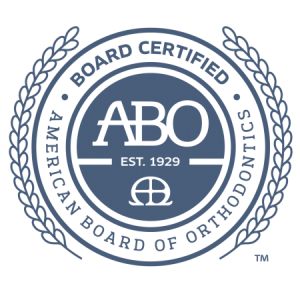